At the end of the evening’s tour, I was tired – both physically and mentally, and very cold. It was interesting to have met some new people who had joined the tour – two from South Africa, a few from India are the ones I can recall. There was a girl from Brazil who walked with me towards the tram station. We were going in the same direction. She told me that the next day she was going to take a trip to the concentration camp. I never wanted to go there – having read about it is shocking enough – and because of the emotional toll that the tour had already taken on me, I am quite sure that my decision was right. So I thought that I would probably go to some museums etc. the next day.

But – as fate would have it – on the 1st of November, All Saint’s Day – almost everything in Poland is closed! I didn’t know that, else I would have planned my days differently. The concentration camp was open though – quite strange – isn’t it? Anyway, so my hopes of being able to go to the salt mines were shattered. Then I thought of climbing the Wawel Hill again because I read somewhere that in November, the castle museum is allowing free entrance. Did that and found that it being the All Saint’s Day – the museum was closed.

The day was getting colder and more difficult to pass. Then I looked up at google for some help. And like a good friend, it did. I found that the city zoo was open. Having nothing else to do, I descended the hill and made my way towards the bus that would take me to the zoo. It was a long journey – had to make a change in between – which was like a rural stop with no shelter but just a stone bench on which I sat. There seemed to be nobody around although there were many houses, the breeze was quite cold, the tree branches swayed and swished and except for the occasional cars passing by, it felt like something has happened and I am the only human being left on earth! Thankfully, a couple arrived and then the bus appeared as well. I reached the zoo and it was such a picturesque route through the hilly forests – all colored by the master strokes of the autumnal brush. I am sure if the sun would have been out, this would have been totally magical – justifying the name of the penultimate bus stop – Baba Jaga (the witch from the East European folk tales)! As probably it was a festival day, there were not too many people there. It is a big lovely zoo but that day the animals seemed to be lethargic with the cold weather in the same way that the people did. I was feeling kind of sorry for them to be trapped there. But probably they would have more survival challenges in the wild than in the zoo. Not justifying the captivity but just contemplating. 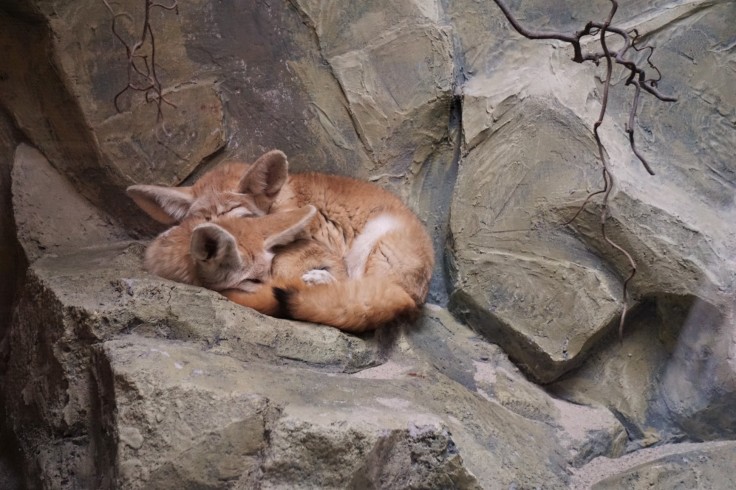 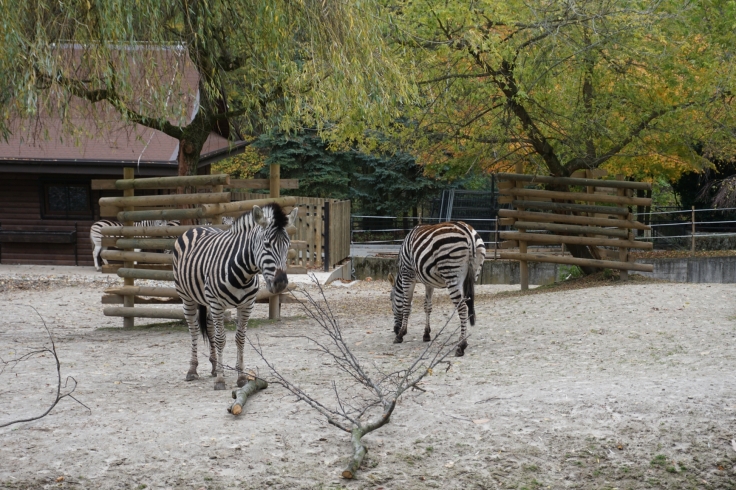 Anyway, so after spending the zoo and getting chilled to the bone, I decided to head back. The bus was already there and I went back to the city. Found a nice Indian restaurant to have some warm lunch and tea. Then went back to my room to take some rest. At around 6 pm, there was supposed to be a walking tour of the Macabre Krakow.

I had planned to meet a friend D – who lives in Krakow, but I didn’t know what time he would be back to the city as he had gone to spend the All Saints’ Day with his family. So I went to the tour, thinking that if D comes, then I would leave the tour midway. It was quite good for me that D sent a message just as I was listening to the guide and thinking that I don’t want to go on that tour else I would get nightmares later. So D kind of rescued me :-). Then we went to get a drink in the main square while waiting for his girlfriend A, who joined us in some time. I was curious about the tradition of going to the cemeteries on this day and asked if they could take me to one. They very graciously agreed and in the process, poor D had to let go of his plans for a dinner although he was hungry, for A mentioned that the cemeteries might close if we delayed. There were special tram services that day to take people from one cemetery to the other! Shows how important that festival is for the people there. Basically the day is about remembering the saints, martyrs and deceased members of your family. The cemeteries were lit up with thousands of candles and there were people everywhere, unlike my experience during the day while waiting for the bus.

I was given a candle by A to light as well. That was so kind and thoughtful of her! I really appreciate it when people include me in their traditions. Makes me feel welcome and not an aloof outsider! I lit it up on a grave that seemed like the candles there were about to go out.

Then D and A walked me back to my room while D had to satisfy his hunger with a doner on the way. It was late and super cold but the warm gesture of D and A made the day so much better! I had something to eat in my room and went to sleep.

The next day I had my flight back. The morning was a bit hectic as I couldn’t find the key of my suitcase anymore – but that’s another story. I managed to get out in time for my flight and all was fine. I went for my customary Indian food at the restaurant I like very much but it wasn’t up to the expectations that day. Then as the bus I had to take still had time, I went to a nearby mall and then some time later, was on my way home. That was the end of my first trip to Poland. Hope to be there once again, albeit in less cold weather :-).

5 thoughts on “Poland – End of the Journey”