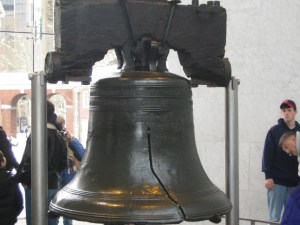 By Friday evening, I was in the panic mode regarding what would I do over the weekend.I didn’t want to sit in the hotel room. So I started rummaging through all my contacts list on orkut, facebook, official contacts – everywhere – just to get a hint of someone whom I can spend the weekend with. Wanted to see NewYork and found two friends whose status said that they were in NY. But on mailing them, I got to know that both of them were out of town. Then from the official contacts, found two people who were in Philly but they too had some other plans. Then finally I found one of my cousins whose status mentioned that she was in Philly! Why didn’t I look earlier..so I tried contacting her via mail but didn’t know that she wasn’t using that ID anymore!!Left a scrap on orkut in the hope that she’d see that but missed here there too!
Then on Saturday morning, I got the brainwave that I’d ask my parents to get her phone number from her parents! By the time I returned from late breakfast, my dad had sent me her number via mail.Am I lucky or what to be living in this world connected as never before! Then I called them up and God! was I happy listening to familiar voices! Then we planned to meet at my hotel. She and my five year old nephew decided to roam in the mall (as it was freezing cold outside) while her husband very graciously took me along to see the downtown on my insistence.
So we went to the Liberty Bell and the Independence Hall. The queue was long and it was freezing.
It was good to see the place where began the history of the US of A! But we were late so couldn’t go to see any other point of interest. May be some other time and some other day would take me to those places as well..but until then, I am happy that I found a family to spend my time with instead of being confined in that hotel room! Until next – wishing you a Happy Valentine’s Day :-)..